Funnel does not offer a traditional trainee program for new graduates. Instead, junior developers are part of our integration teams. They typically consist of three junior developers and an experienced developer - the coach. The plugin teams work with the integrations to external APIs and often deploy code into production several times a day. Building skills is as important as writing code. This can be achieved through mob and pair programming or dedicated efforts to learn new technologies.

Funnel is what we call a “Data Core”. Our product gathers, cleans up, visualizes and exports large quantities of data. Our integration team focuses on the part of our product that collects this data. In a nutshell, they build and maintain over 500 integrations towards different platforms. Some teams are responsible for a mix of these integrations. Others specialize in one type of platform, such as Google Ads, which is very big and complex.

Redisa: After my studies in Informatics at university and before I started working at Funnel as a developer, I worked for almost a year as a Customer Service Specialist. I went through an accelerated career program to become a Full Stack JavaScript developer and I started at Funnel shortly after that.

Sara: I was already 35 years old when I had finished my (second) degree in Computer and System sciences. I tried various developer jobs, mostly in smaller organizations. In a small organization, you will need to do more things outside of coding, and I enjoyed using the skills I had required in my previous career in admin. So one of the things that attracted me to Funnel was that the developer roles were broad and included more than just writing code.

Sara: How were your first six months?

Redisa: My first six months were confusing for many reasons that have nothing to do with Funnel as a workplace. But this is my first real job as a developer and the first time I am coding in Python. However, soon you learn that nothing is impossible when you are working in a close team with people that are meant to support each other. I am part of a team of four and we sit together throughout the day mob-programming and tackling our issues together. This allows me as a junior developer to never be alone and us as a team to get different perspectives on the things we are working on. 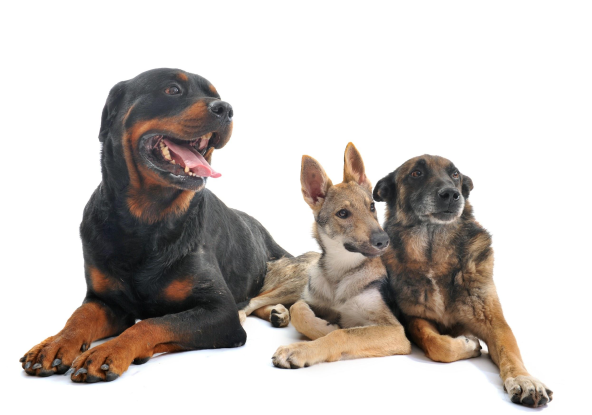 Redisa: Well there are a couple of misconceptions that are associated with working in tech that I thought were gonna be pretty accurate at Funnel as well before I started.

It’s not as lonely as it’s portrayed. Unless you are very keen on working by yourself, working together with others is encouraged at Funnel and will definitely take you further. You have a lot of people who are willing to help you and support you and work is a lot of fun.

It’s not just a guys club. Today most programmers are male, but there are plenty of female coders working at Funnel which during interviews gave Funnel some extra points. The recruiters, for example, have put a lot of effort into writing good job ads that will attract a diverse group of people. Funnel wants to hire great programmers from all walks of life.

It’s as much about the people as it is about the tech. Funnel puts great effort into making people feel their best while doing their best. We want to make sure that we are also taking time for ourselves whether it is to learn or to get involved in different initiatives outside your daily work. Another thing which is greatly encouraged is setting up different activities within and outside of one’s team. This way we get to know each other better and make memories that bring us closer.

Sara: I think junior Funnel devs get a lot of help to succeed compared to other companies. How does that feel? Do you agree? Do you think this way of working is for everyone?

Redisa: Probably not for everyone. For me as a junior developer it was important to get all the support I could especially in the first year and this way of working was ideal. Additionally, I really enjoy working closely with others and rarely by myself. However, if you would be someone that prefers working alone, I understand that this is probably not the most satisfying way of working.

Sara: Yes! I have had developer jobs where I have mostly been by myself. Sitting in your little bubble can be very rewarding, but at the same time, I made some stupid mistakes that would not have happened here. Working closely with others can sometimes feel draining. However, I have realized that, for me, it is necessary to do that to grow and do a better job.

Sara: What is your favorite thing about working at Funnel?

Redisa: My most favorite thing about working here is definitely the people. They are the mind and the heart of Funnel.

Sara: I agree! And I would also like to add that the effort Funnel puts into defining good ways of working has been important to me. Some things are encouraged - test-driven development, mob programming, sharing knowledge and working in small iterations. When I did my coding assignment before starting here, I asked what sort of code Funnel wanted to see and was really happy when they could give a clear answer to that. Good quality code has concrete qualities here. That gives me comfort and alleviates stress.

Sara: How do almost two years at Funnel feel?

Redisa: Well, like nothing close to 2 years. When I started, the pandemic was still ongoing. Meaning my team and I were working remotely the whole time and rarely got to meet one another in real life. We tried to make the best out of the situation by having remote team activities but nothing compares to being in the same space together. So, now that the restrictions have been lifted and we are going back to the office it feels like my life at Funnel has just begun.

Sara: Where do you see yourself in the future at Funnel? What do you want to do? Ambitions and what you think is fun.

Redisa: My main goal at this moment is to focus on TDD (test-driven development) and being a good Python developer. I started with no previous experience as a developer so there is a lot to learn. After that I believe the next goal would be to support other junior developers in their journey at Funnel. In addition, I would really like to go back to doing Javascript at some point so we’ll see. As I mentioned previously, there are a lot of initiatives you can choose to get involved in. There is the freedom to start your own one if there is something you are passionate about…so there is an immense amount of opportunity.

Sara: I changed teams recently and am not done learning the new technologies we use. But perhaps you are never done learning Clojure and functional programming? I have become more confident and secure in my role as a developer lately, and would like to use that to help others to grow and go outside of their comfort zone. Funnel has a flat dev organization, so it is not a case of looking for a new role, but these are the areas I find most rewarding and think I can do my best work.